By Rebecca Gallant on
Posted on February 3, 2020

CREVE COEUR, Mo. — In an average month, a team of remote technicians at Mercy Virtual monitor roughly 1.7 million alarms from rooms with about 800 patients at Mercy hospitals.

Until the team, part of Mercy Virtual's vAlert program, was set up about six years ago, those alarms would have sounded on the hospital floors, creating noise that could annoy and even overwhelm patients and staff and requiring a response from nurses or medical technicians. 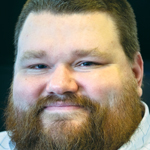 Thomas Emerson, the manager of vAlert, said Mercy Virtual data confirm that most of the alarms sounding at bedsides are clinically irrelevant. Many of them are caused by patient movement or sensors that have become loose and so can be quickly dismissed by the remote monitor technicians, who get 280 hours of training on how to read the information sent by the sensors. The technicians spare the staffers on the hospital floors from having to respond to "nonevents."

In a six-month period, the more than 10 million alarms that the vAlert technicians monitored resulted in about 5,800 calls to the wards. "It's a tremendous amount of alarms that we prevent from ever reaching the bedside," Emerson said.

Remote monitoring is one of many steps hospitals have taken in recent years to address the constant beeps and buzzes emitted by medical devices. The Joint Commission, citing the cacophony of alarms as a safety concern, in 2017 urged hospitals "to develop a systematic, coordinated approach to clinical alarm system management" as one of its national patient safety goals. The accreditation group said up to 99% of alarms are "nuisance alarms" that don't indicate an actual emergency. "Clinical alarm systems are intended to alert caregivers of potential patient problems, but if they are not properly managed, they can compromise patient safety," the Joint Commission warned.

According to a recent story by Kaiser Health News, no national data exists on whether progress has been made in reducing the prevalence of false and unnecessary alarms. Emerson and others who have helped direct alarm mitigation efforts at several Catholic hospitals are certain their efforts have achieved results.

Mitigating alarm fatigue
Emerson said the primary motivation for the creation of Mercy Virtual's vAlert "was to mitigate alarm fatigue for our bedside partners," which researchers describe as sensory overload when clinicians are exposed to so many alarms that it can result in desensitization to alarms and missed alarms. Mercy Virtual is a telehealth provider owned by Chesterfield, Missouri-based Mercy. 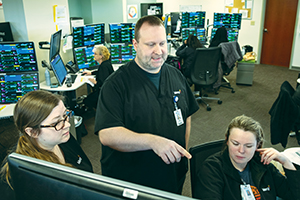 At vAlert's hubs at Mercy Hospital St. Louis in Creve Coeur and Mercy Hospital South, in south St. Louis County, technicians monitor centralized telemetry such as EKGs and pulse oximeters for the host hospitals plus for Mercy hospitals in the Missouri cities of Springfield, Troy and Washington. Emerson said the monitor technicians are trained to evaluate the information generated from the telemetry units issuing alarms to determine if the warning indicates an "administrative" issue such as a dead battery or a medical emergency that needs immediate response. "The monitors will notice something that triggers algorithms embedded in their software," he said. "Our monitor technicians make the determination if the alarm is real or if it's false."

In the relatively few cases when an immediate response is needed, with one click on their computer the monitor technicians can call the cell phone of the nurse assigned to the patient.

While all the monitor technicians undergo in-house training to start, more senior positions at vAlert require certifications, such as in rhythm analysis and advanced cardiac life support.

Telesitters
Providence hospitals also have turned to remote monitoring as one way to quiet some of their nursing units in recent years. Michelle James, executive director of Providence Nursing Institute in Renton, Washington, said a telesitting system called AvaSure has reduced the number of alarms sounding in the places where it's used. James said the system is used for some patients who need to be watched for various reasons, including those who are fall risks and patients who are confused and might pull out IVs.

Through AvaSure's 360-degree cameras and two-way speakers, staff at remote stations can watch and talk to patients. Having the remote monitors means that nurses don't have to hook up bed alarms that sound when patients who are fall risks get up or merely shift their weight in bed.

"We have found that a soothing voice rather than an alarm going off helps support our patients," James said. For some patients, however, the remote system is not insurance enough of th 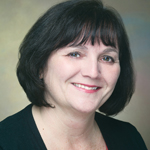 Though the technicians' sole jobs are to monitor medical devices and not render actual care, even they can be overwhelmed by the barrage of alarms. Emerson said Mercy Virtual is now looking at ways to address alarm fatigue among the remote staffers, such as by improving the customization and precision of telemetry machines so that fewer alarms are produced. That would mean the monitor technicians could "spend more time diligently monitoring patients and less time validating alarms that are about 98% of the time false," he said.

Fine-tuning the instrument
Customizing alarms is just one of a number of steps St. Vincent Charity Medical Center in Cleveland has taken within its wards to reduce the noise barrage on its floors. 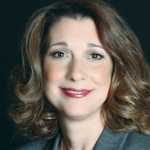 "Basically, one size does not fit all, so we talked to our medical staff and we came up with a plan to individualize our telemetry alarms to every single patient," said Barbara J. Moran, chief nursing officer at the hospital that is part of the Sisters of Charity Health System.

Instead of using the manufacturer's baseline, a personalized baseline heart rate is determined for each patient. Nurses then consult with the patient's physician to set alarm perimeters specific to that patient. In the about two years since the change, Moran said, telemetry alarms are down by 67%.

Moran said the din of alarms was one of the first things she noticed when she started her job in mid-2017, prompting her and other clinical leaders to do an in-depth analysis. "We looked at every single possible thing related to an alarm," Moran said. "We looked at nurse fatigue with alarms, nuisance alarms, how it affected the patient, the healing environment."

After telemetry machines, which monitor electrical activity in the heart as well as oxygen saturation, pulse and other vital signs, the highest offenders included IV monitors and beds. In addition to personalizing the alarms on the telemetry machines, the analysis' findings prompted several other changes, among them, for IVs, nurses make sure pumps are properly set and the perimeters for alerts are correct. In addition, IVs are moved when possible from any place where they can be easily occluded, such as the antecubital area of the forearm. 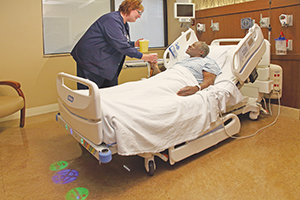 St. Vincent Charity nurses follow "purposeful rounding" protocols to help ensure that patients' safety and comfort needs are met, specifically related to pain management, toileting and access to personal belongings. Rounding nurses also check that equipment within the room is working properly. Overall, this approach has resulted in a decreased need for patients to use the call bell to summon assistance, contributing to decreased noise levels on the nursing units.

St. Vincent Charity is replacing all 438 beds in stages with beds that have several different setting options to minimize the potential for falls. Rather than alarming each time a patient changes position, the beds have three settings. The nurse selects the option best suited to the needs of the patient. For example, one option is a verbal prompt instructing the patient to remain in the bed and reassuring the patient that someone is coming to provide assistance. Also, three circles of light illuminate the floor below the footboard, to alert the caregiver if the bed settings are at baseline and if potential safety issues need to be addressed.

Moran recalled how the relative peace and quiet soothed one patient who had taken numerous spills at a nursing home and whose daughter had warned nurses that the woman had a tendency to get confused at night. "The daughter said her mother was so much more calm without all that beeping going off," Moran said. "In addition, she had not a single fall while she was with us."

Last year, the hospital did what Moran called a "mini lookback" at patient complaints. From the year before, overall patient complaints were down 66%. Complaints about noise had dropped to zero, she said, from the 20 that were reported in 2018, the year the changes began.

"I think they've accomplished what we set out to do," Moran said of the changes, "which was to really provide a much calmer healing environment for the patient." 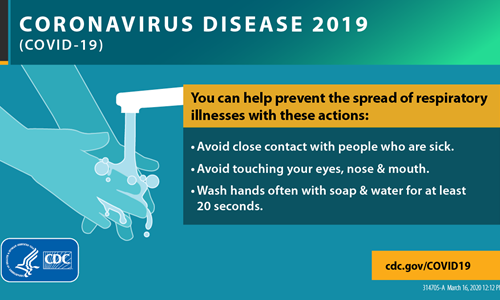 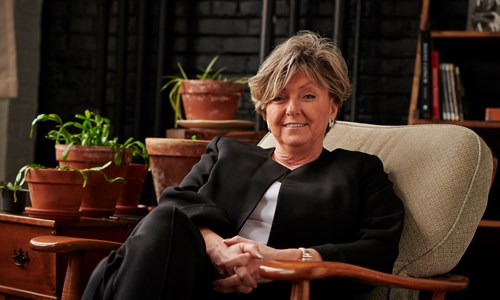 Veronica Ringholz’s journey began with a car accident in 2004. While she felt fine after the accident, months later she began passing out and losing strength in her arms and hands. The young, single parent struggled with daily activities at home to care for her son. And, she feared she wouldn’t be able to continue her job, which required regular travel across the country. Veronica's path led her to St. Vincent Charity Medical Center Neurosurgeon Dr. John Collis.
Read More