St. Vincent Charity Medical Center has undergone an immense amount of structural and organizational change during its 155 year history. Yet, throughout each period of transformation, Holy Trinity Chapel has remained a sanctuary for caregivers, patients and visitors of St. Vincent Charity. Celebrating the 90th anniversary of its dedication, the chapel continues to support, energize and unite those who walk through its doors. 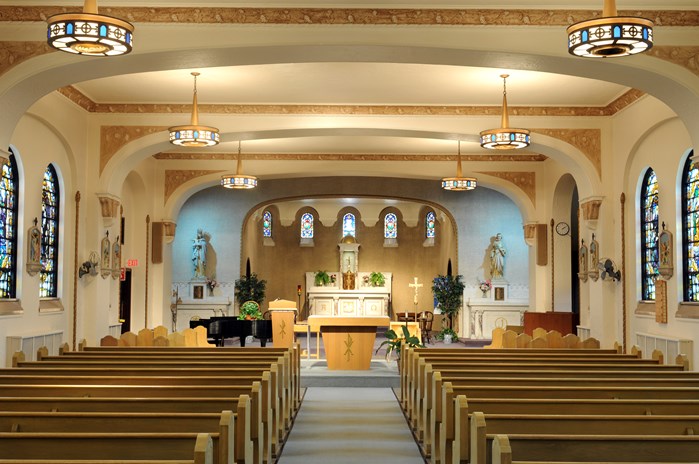 “Founded on the principles of love of God and love of neighbor, the Sisters of Charity of St. Augustine and the hospital, have gone through the years in an unending, unselfish labor of love and self-sacrifice,” said Bishop Joseph Schrembs of the Diocese of Cleveland during his remarks at the dedication ceremony for Holy Trinity Chapel on March 7, 1931.

“In the production of material objects there is a power house, so there also must be a power house in the production of spiritual works. This chapel is the power house for Charity Hospital. Here the sisters and their helpers will come early in the morning to offer their day’s work to God. During the day and until they retire at night, they will come here occasionally to seek the support and the strength that God alone can give.”

The chapel itself was part of the expansion of St. Vincent Charity in the late 1920s and early 1930s. The expansion came about as part of a massive citywide, nine-day fundraising campaign in the spring of 1926, which raised over $1.5 million dollars.

“The chapel is the center of the lives of the sisters. It’s where we start and often end our days,” said Sister Miriam Erb, CSA, Vice President of Mission and Ministry at St. Vincent Charity Medical Center. “The chapel is open to all people of all faiths and it is beautiful when we can join together in prayer with, and for, each other and for our patients.” 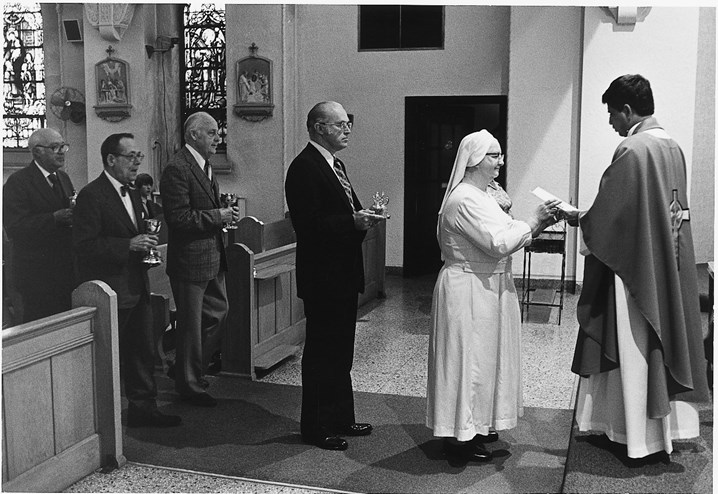 Featuring Spanish design, the chapel originally had three altars and a capacity for 300 worshippers. Over the years, renovations were made to accommodate changes brought about by time and liturgy, however, the spirit and hospitality envisioned by those who made Holy Trinity Chapel a reality is still evident within its walls. The space remains a welcoming home for those who seek peace, comfort or hope.

“I am often inspired by the beauty, simplicity and peacefulness the chapel provides. However, the chapel is more than just the physical construction of brick, glass, marble and wood. Rather it is the faith, the prayer and one’s relationship with God and His presence among each of us which makes this chapel truly unique,” explains Chris Mis, Pastoral Care volunteer.

“It is quite a cause for reflection to think of the tens of thousands of people who came to this chapel over the past 90 years, each with their own special prayers of want, need, praise, consolation, healing or thanksgiving,” Mis said. “Reflecting on the events of the past 90 years, those which affected the world and the world of each individual, the countless amount of people who offered a prayer in this chapel is overwhelming, known only to God.” 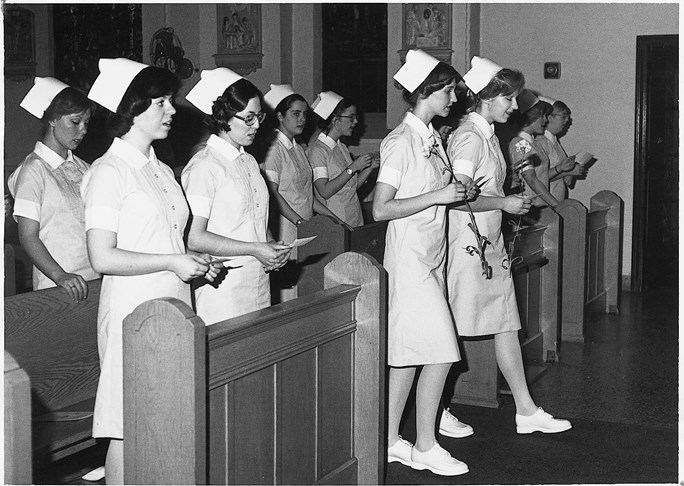 Holy Trinity Chapel is located on the first floor of the West Building at St. Vincent Charity’s downtown hospital. 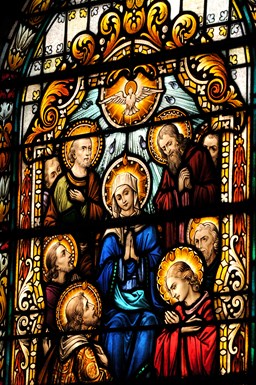 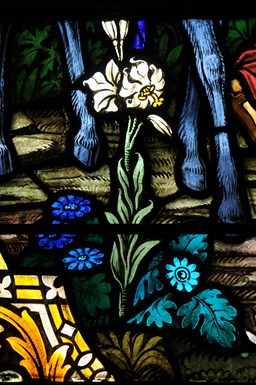 One of the most striking features of Holy Trinity Chapel are the numerous stained glass window depicting important events in the lives of Jesus, Mary, St. Joseph and St. Vincent. As with most spaces of worship, windows are a fundamental part of the symbiotic relationship between God and people. Windows catch and radiate the beauty and goodness of God in the hearts and minds of people.

Holy Trinity Chapel is adorned with 26 stained-glass windows made in Germany around the same time as the chapel’s construction. Typical of the Munich style at the time, the windows feature dramatic figures, flowing drapery and highly decorative architectural borders. The glass is heavily painted and there is a masterful use of silver stain, which accounts for the extensive range of yellows, ambers and oranges throughout the windows. Many American churches built in the late 19th and early 20th centuries also featured this style of window.

Over the past 90 years each of these windows in their own way, uniquely inspired and enlightened each visitor who entered the chapel. 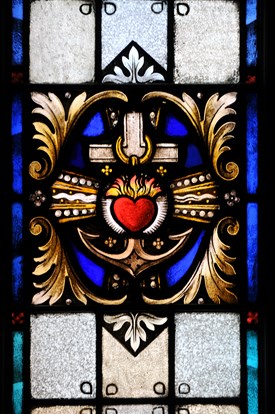 Special thank you to Chris Mis for contributing the research and content for this article.

Leading during the COVID-19 pandemic, Janice G. Murphy put her faith in God

It is a very scary disease. It was unbelievable, the strain that it put on our entire staff. But the beautiful sense of strength and camaraderies that we created here, that was something to behold. And I will always be grateful that I was able to be here, and to lead through it. The people who lived through this are never going to forget it, or the people they worked with.
Read More

Technology, confusing distribution plans and limited supply have made it frustrating and difficult for many seniors to secure a COVID-19 vaccination. Those who are homebound, live alone, lack transportation or reliable social connections are at an even greater risk of not receiving the vaccine. Understanding these barriers, Cleveland Clergy Alliance and St. Vincent Charity are working together to ensure Cuyahoga County seniors have access and transportation to COVID-19 vaccinations.
Read More

St. Vincent Charity Medical Center has undergone an immense amount of structural and organizational change during its 155 year history. Yet, throughout each period of transformation, Holy Trinity Chapel has remained a sanctuary for caregivers, patients and visitors of St. Vincent Charity. Celebrating the 90th anniversary of its dedication, the chapel continues to support, energize and unite those who walk through its doors.
Read More