HEART ATTACK SURVIVOR TEACHES OTHERS HOW TO DO THE “ST. VINCENT KISS” 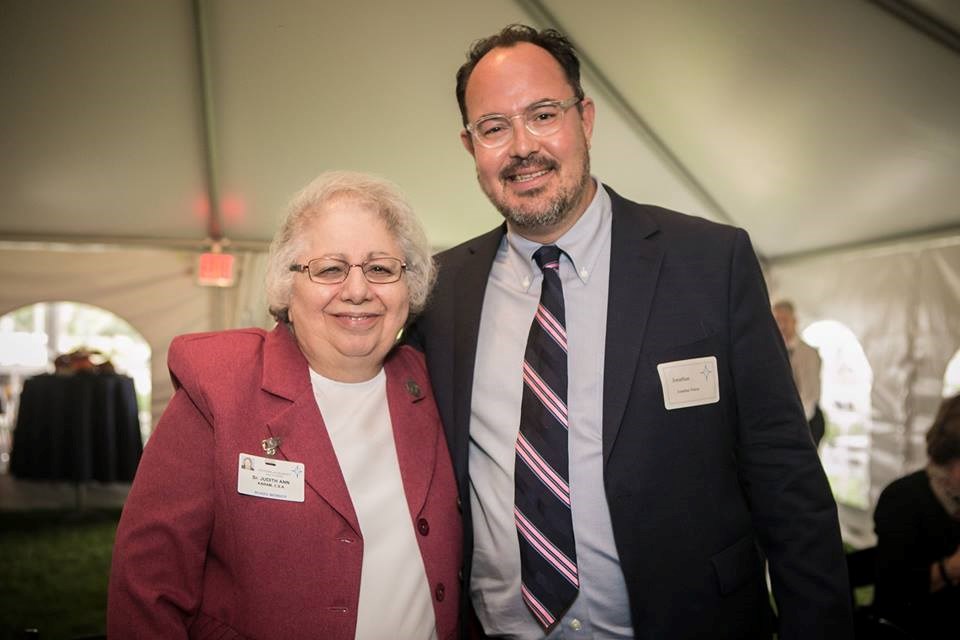 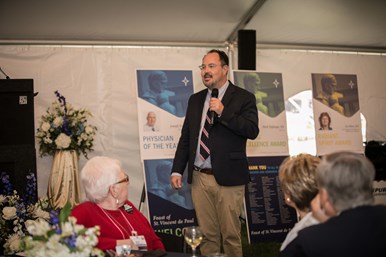 At the age of 43, Jonathan was attending a concert in downtown Cleveland when he broke out in a cold sweat and “felt a little woozy.” He was afraid, so he called 911. He could tell it was serious by the look on the faces of the EMTs, who told him he was having a heart attack.

While he said he smoked and was overweight, he couldn’t believe he was having a heart attack. He told the EMTs, “I have another 15 years before I should have health issues.”

He was treated by a team of caregivers, including cardiologist Dr. Ramesh Brahmbhatt, who he said provided top-notch treatment. More than year after his heart attack, Jonathan has quit smoking, lost weight, exercises several days a week and is making healthier lifestyle choices.

Jonathan, who runs a successful political consulting firm, has been telling his friends and family about St. Vincent Charity. He had his chance to extol the hospital’s virtues to a much larger group at the recent Feast of St. Vincent de Paul Mass and Donor Reception. He told his personal story and gave a testimonial about his experience with St. Vincent Charity to the group of supporters gathered on the front lawn of the hospital.

“This a wonderful culture and reflects the spirit of the sisters. When my father had a quadruple bypass and additional health issues, other hospitals treated him like a number. Here, I felt like a VIP and I know everyone else was being treated the same,” Jonathan said. “People need to know St. Vincent Charity is right here, easily accessible and offering exceptional care.”

Jonathan closed his remarks at the event by talking about St. Vincent Charity being a shining beacon. He then had everyone at the reception turn to look at the hospital building and blow a kiss, something he does each time he drives past the hospital. It’s what he calls the “St. Vincent kiss.” 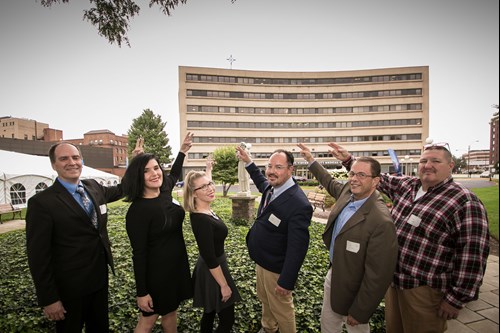 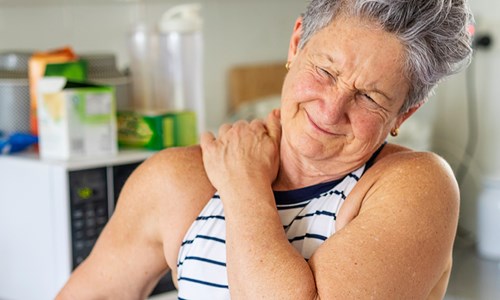