Anthony Coyne, of Cleveland’s Ohio City neighborhood, has been named to the St. Vincent Charity Board of Directors.  Mr. Coyne is President of Mansour Gavin, focusing on commercial, municipal law, zoning and planning, eminent domain, real property and litigation.  An expert on urban affairs, he has authored several papers and was called upon to serve as Executive Assistant to the Director of Transition for former Cleveland Mayor Michael White into his first term.  Mr. Coyne earned a bachelor’s degree from John Carroll University and master’s from Cleveland State University, Maxine Goodman Levin College of Urban Affairs and J.D. from Cleveland-Marshall College of Law, Cleveland State University.

James R. Kavalec, of Middleburg Heights, has been named to the St. Vincent Charity Development Foundation.  The foundation board is currently spearheading the hospital’s four-year, $50 million development campaign.  Mr. Kavalec holds more than 20 years’ experience in the wealth management and financial services industries.  Currently, he is Vice President and Financial Advisor for Bernstein Global Wealth Management.  He graduated in 1993 with a bachelor’s degree in business administration from John Carroll University.

“As we head into our next 150 years, we are pleased to have the support of some amazing community leaders,” said Dr. David F. Perse, president and CEO of St. Vincent Charity Medical Center. “I’m confident that both Tony and Jim will add tremendous value to our efforts and look forward to working with them.” 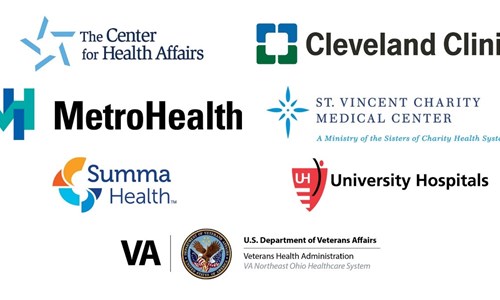 As healthcare institutions we continue to work on testing, developing treatment options, and studying potential vaccines, but these efforts combined will not stop the spread of COVID-19. We depend on you to do what is needed to protect yourself and those you love.
Read More