The Center for Heartburn and Swallowing Disorders 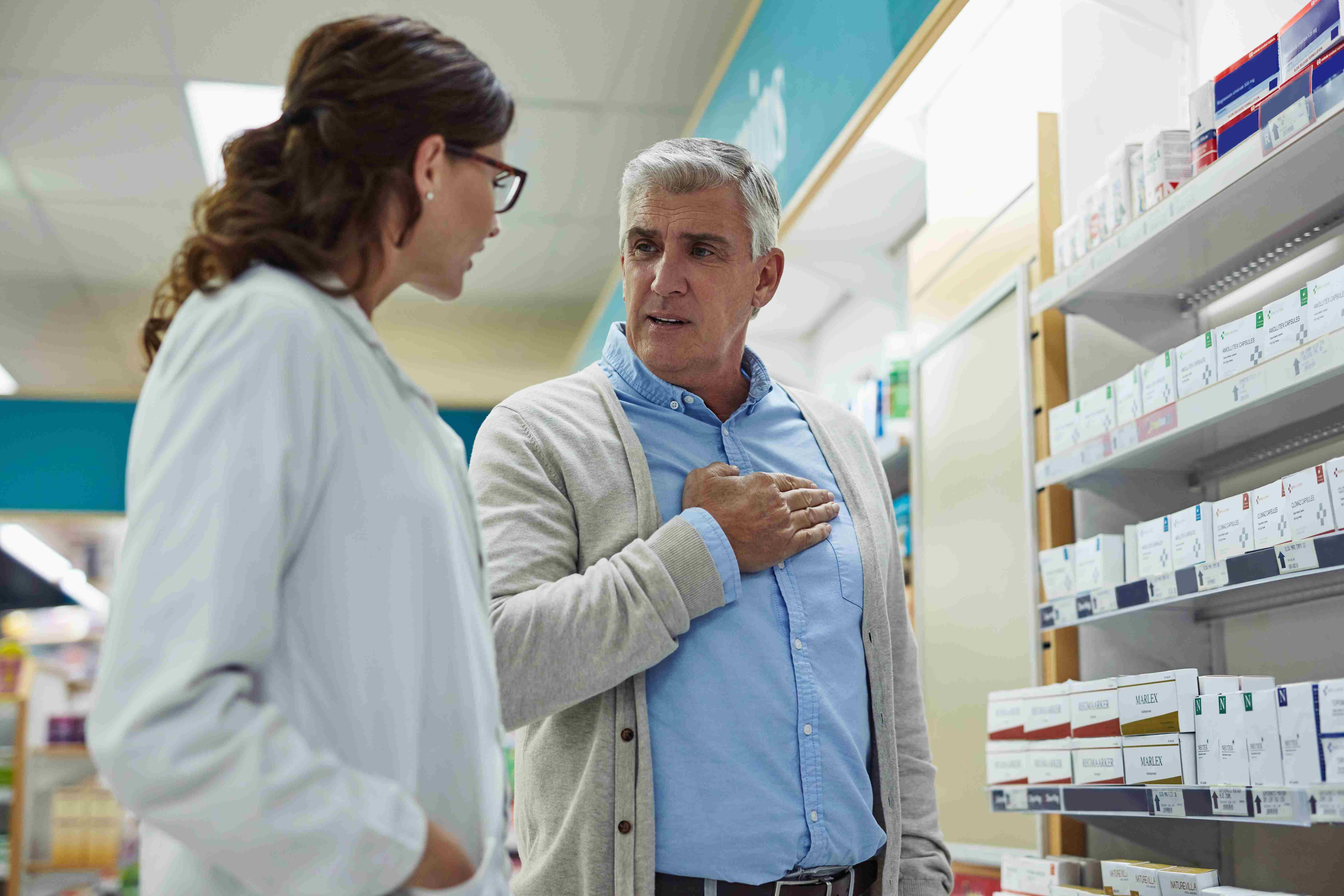 The Center for heartburn and swallowing disorders marks a careful coordination of these often-related medical conditions – and treats the disorders in one convenient location at St. Vincent Charity's downtown Cleveland Campus. 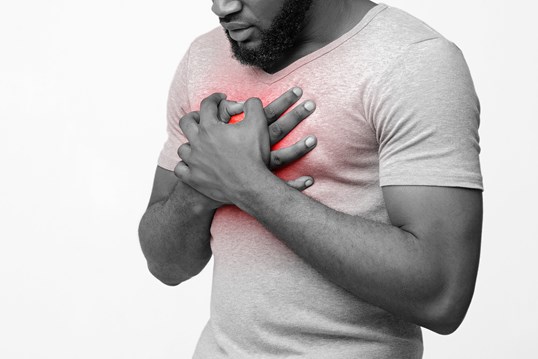 More than 60 million people in the United States are suffering with gastroesophageal reflux disease (GERD). For many people, over-the-counter or prescription drugs have only eased GERD symptoms partially or temporarily. Others find medication and lifestyle changes haven’t helped because an underlying medical condition is causing their symptoms. The multidisciplinary team at St. Vincent Charity offers personalized management of GERD, including a longer-lasting treatment — an alternative to a lifetime of medication.

If heartburn and acid reflux are causing you daily discomfort, our experts can direct you toward an option that will provide relief. To schedule an appointment with one of the Heartburn Center physicians or to refer a patient for a consultation, call:

Heartburn is a painful, burning feeling in the chest caused by stomach acid that escapes the stomach and flows back into the esophagus.

It can sometimes be mistaken for a heart attack. Some people experience acid reflux as a sensation of food sticking as they try to swallow. Other symptoms are chronic cough, hoarseness of voice and regurgitation, which is when partially digested food or liquid from the stomach spontaneously flows back up into your mouth.

The stomach makes acid in order to digest food. Where the esophagus meets the stomach there is a muscular ring called the lower esophageal sphincter or LES. The job of the LES is to protect the esophagus from the normal stomach acid. Some reflux may occur normally but the lining of the esophagus is not built to tolerate long or repeated exposure to this acid. Reflux becomes a problem – a disease – when it begins to cause symptoms or damage to the esophagus.

If heartburn or other symptoms of acid reflux are happening frequently (at least 2 times a week for a few weeks), or when it begins to interfere with your daily life or damage your esophagus the issue may be gastroesophageal reflux disease (GERD).

Heartburn that isn’t treated or controlled well by lifestyle changes or medicine may cause serious issues, including, breathing problems like asthma, nighttime choking, and repeated pneumonia.

Inflammation and erosions to the lining of the esophagus that occur over time can cause changes to the esophagus. The esophagus may scar and narrow (stricture, stenosis) making swallowing more difficult. This can also lead to a condition called Barrett’s esophagus where the cells lining the esophagus become abnormal and can lead to cancer of the esophagus. A person with Barrett’s syndrome is 50 to 100 times more likely to develop esophageal cancer. 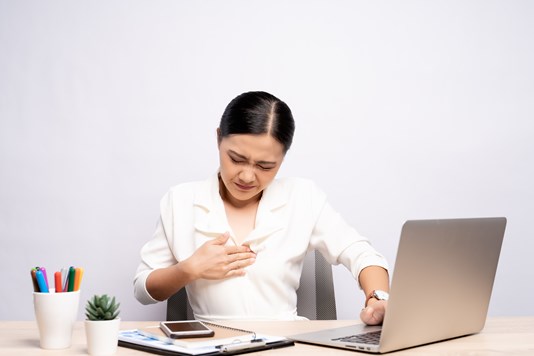 If you have had long standing reflux symptoms, or have been taking medications to control these symptoms for a long time, you should consider having an endoscopy to ensure damage is not being done to your esophagus. Even if your medications are controlling your symptoms, reflux may still be causing damage because the medications are only lowering the acidity of the stomach contents, not stopping the reflux.

This measures the acidity in your esophagus and is used to determine the severity of the reflux. Your doctor will put a small sensor in your esophagus. pH testing is done when there is diagnostic uncertainty to confirm that acid reflux is taking place and that it is what’s causing the patient’s symptoms.

A Barium swallow study may also be done to evaluate esophageal function and may identify a hiatal hernia which is common in patients with reflux. The patient drinks a liquid that coats the inside of the digestive tract. Then X-rays are taken, which will show the outline of your digestive system.

Esophageal manometry is an outpatient test used to identify problems with movement and pressure in the esophagus that may lead to problems like heartburn. Manometry measures the strength and muscle coordination of the esophagus when you swallow. During the test, a thin, tube is passed through the nose, along the back of the throat, down the esophagus, and into the stomach.

The need for diagnostic testing will be determined on an individual basis by the physician. Not all patients require testing. 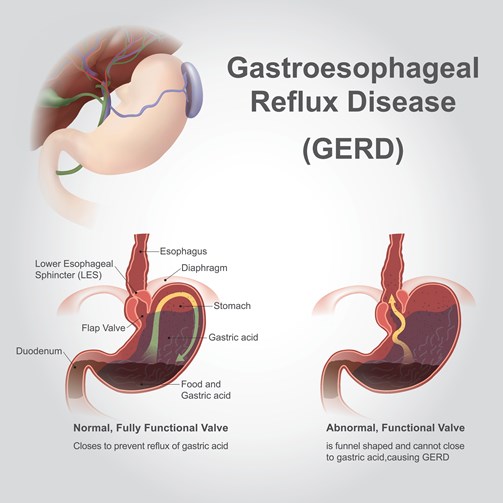 If those changes are not successful, medications are an option.

Many over-the-counter medications can help relieve heartburn, but they may interact with other medications and can have risks if used long-term. Options include:

If over-the-counter treatments don't work or you rely on them often, see a doctor. You may need prescription medication and further testing. 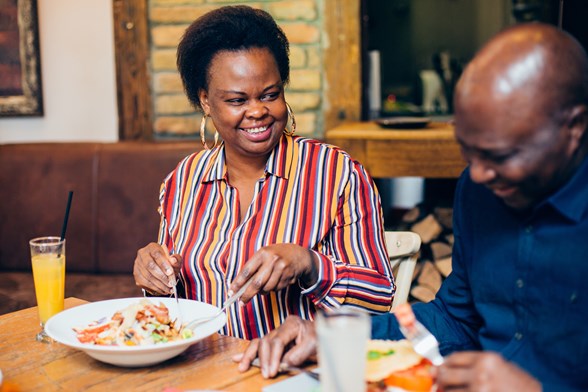 When to consider anti-reflux surgery:

A physician can help determine if you would be a good candidate for one of several surgical treatment options.

These procedures are performed laparoscopically, with small incisions, under general anesthesia. Each patient is assessed individually to determine which treatment is best to treat their reflux, taking into consideration other medical conditions and the diagnostic testing results.